Everyone loves a good variety show. Make sure you check out these popular ones that you’ll regret if you miss out on!

Viewers send videos of things they experience/view in their lives that they believe to be “akan” or “no good.”  The Downtown comedian duo, as the veteran lead detectives, and a team of entertainer/comedian police present these “no good” videos/pictures, and 5 guest celebrities decide on whether they are no good or acceptable.  These videos (which are always hidden camera) include continuing series of:

This series is ridiculously funny, and since all the clips vary so much, this description does not do the show justice.  You will love this show.

– Mixing together completely random, cheap leftovers from the refrigerator, and remaking them into gourmet food.
– Ways to improve your luck.
– How to create reverse-motion videos that look like magic.
– School uniforms/lunches from early 1900s to today.

The comedian duo Summers takes you on a tour of the “minor” cities/towns of the Tokyo area, which would normally never be shown on TV.  You never know what you will get in these places, so Summers will help clear some of the fog over these places.  They walk around casually, talking with the locals, and manage to pick up on some of the strangest, unknown, and bewildering areas of Tokyo.

The hosts take 2 absolutes and have them battle them against each other, while a celebrity cast votes on which will win.  Each company/person that produces each absolute introduces why it is unstoppable, with a “max performance” demonstration.  Finally the 2 meet, and see whose absolute is really absolute.  Popular episodes:

The show is split up into different groups who travel around the world, where they: 1) Go reporting on the world’s strangest animals（珍獣ハンター）, 2) Participate in the world’s craziest festivals (祭り男）, 3) Engage in comical experiments, 4) Find the world’s most rare and beautiful hot springs, 5) Travel deep under the ocean to take back unusual sea creatures to their aquarium, 6) pursue ridiculous challenges, 7) and do much, much more. 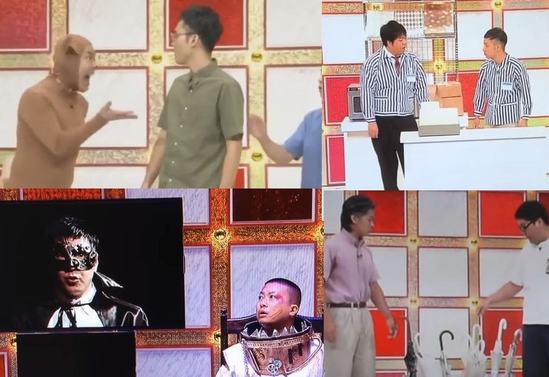