I talk about Anki a lot on this site. Too much probably. I’ve been with it for almost 8 years, all the way back to one of its earliest versions. Lately people have been curious with how I use it. How I relate to it. How I have walked side by side with it over the years. This isn’t a how to guide (there are enough of those on the site). This is a “how-I-did” and “how-I-do” story. SRS (spaced repetition system) made instant sense to me from the beginning. I think it’s an easy to grasp concept to anyone who has ever…well studied anything before.

There were only a few choices for SRS when I started. Anki was clean and intuitive, and most importantly could be used without an Internet connection, so the choice was obvious for me.

I started Anki inputting Japanese sentences with Japanese definitions (until I created Jalup Beginner years later, I had never done a J-E card). In the answer field I included the Japanese definitions of all the words I didn’t know, no matter how many there were. I quickly found out this was bad and overwhelming and made these cards a pain to review. Because of this, I had a bit of a rocky start with Anki.

Adding cards was a slow, slow process, because as I was adding them I was branching. I was completely new to this, and testing out how things worked. I would often branch until I hit a dead end and give up on that branch, throwing away all the work up to that point.

Review time was also sluggish. And justifiably. Here’s what it looked like:

1. Read the sentence out loud.
2. Gauge my understanding.
3. Write the full sentence out.
4. Look at the definition and read it out loud
5. Grade myself. I think there were 5 grading choices then, but to me I decided I was either right or wrong, which was choice 1 or 3.

My grading was incredibly strict. If I missed one sound, couldn’t read one kanji, or was grey on any area, I would mark it as wrong. My adds were high for the first month simply because I had a 2 week vacation from the school I was teaching at, and I was determined to get to 1000. While my reviews were also high, they weren’t that bad, simply because with a new deck you don’t have that many cards to begin with, leaving your reviews comparatively low.

My eyes were getting tired from using Anki so much these past 2 weeks I decided to try a different color setting based on discussions online of the best background/text color for your eyes. Dark blue with yellow text was a popular choice, so I implemented that into Anki. I’m still using that color scheme today.

I started liking Anki, but still wasn’t sure if it was doing anything for me just yet.

At the thousand mark, I made a switch to RTK. I held off on all new sentence card additions, and decided that I wanted (needed) all the kanji now. With my job starting back up I dove right in. Luckily, one of the first pre-made decks for Anki was RTK. Whoever made the original, big thanks! I reviewed kanji similarly (minus reading out loud, definitions, etc.) to sentences. I had a lot of commute time (walking and train), and since Anki was accessible by phone even then through its primitive version (2008), I started doing reviews outside.

1. I read out loud everywhere. People looked at me a little strangely at first (picture some guy reading out random sentences out loud). But for my goal it was worth it.

2. I wrote using my finger, instead of a pen (as standing on the train didn’t allow for this). Eventually this became just a visualization of writing in my mind, as often times I couldn’t spare a hand. I found that using these substitutes were often just as good, and still use them today.

Competition and a quick finish

Everyone knows the beginning of RTK is fast, and slows down with time. I wasn’t a beginner with kanji (easily knew over 1000 and could write several hundred), so I already had a huge speed advantage. But even then I was going too slow. I think around 500-1000 is where you start to feel the drag. At the same time, I was starting to notice the positive effects of those 1000 J-J cards I was continuously reviewing. I was still enjoying native media, and that Anki knowledge was easily being transferred to everything I was watching/reading.

In other words, the amazing magic of Anki was now apparent.

This caused a burning desire to get back to adding J-J sentences. I was growing impatient, so I decided that I would increase my speed, and slay this RTK beast as soon as possible.

The solution was to stop being so strict on myself with Anki, which turned out to be invaluable.

– I stopped writing out sentences.
– I stopped reading the definitions out loud.
– I gave myself a little slack.

1. If I missed a sound, but this was due to a careless miss, I would still mark it as 3.
2. If I somewhat understood the meaning, but was a little hazy, I would mark myself a 3.

Things picked up quite a bit. At the same time, I had a teacher co-worker who also started RTK. The thought of him catching up to me made me go even faster. We quizzed each other in-between classes (one gave a random keyword and the other wrote out the kanji on a whiteboard). Towards the end of RTK I was kind of skimping on the stories and was a little sloppy. But it got me through it.

It took me 1-2 months to get it done. After finishing, I found a balance between my original strict Anki and and my new more laid back Anki, as speed was no longer a major concern. Eventually laid back Anki would become dominant, and if it wasn’t for this experience of trying it out like this, I may have always thought strictness was required. I was finally free of RTK, and having waited so long to get back to sentences, I went into overdrive. This is where I reached my peak of adding 40+ cards a day over the next few months. Since I did an ultra rush job of RTK, I was also paying the price. The faster you go through anything on Anki, the bigger a later price you pay in reviews. My average review count from both was easily 300-400+ a day.

How did I do it? Who knows. This was my short power leveling phase I often refer to, where I probably spent 3-4 hours a day just on Anki. I had various motivation that was driving me (maybe one day I’ll talk about this), but I think one major force that made a difference was not doubting myself and looking for the right answer in others. I didn’t want to see a single negative thing that might knock me down. I had to believe in myself, regardless of right or wrong. Analysis paralysis would have been devastating here.

My hardcore phase ended, and my pace of adding new cards dropped in the following progression over the months/years:

My reviews also dropped. In matching the above, they went as follows:

How much time does this amount to (reviews + new additions)?

How I do Anki today The way I review and add on Anki has changed so many times over the years, which is why I always emphasize figuring out your own personal situation and adjusting accordingly. I’ve ︎mixed and matched elements, increased/decreased focus areas, and have experimented endlessly.

1. Read the card (I stopped reading out loud)
2. If I understand/can read the card and am somewhat confident, I don’t even look at the definition/pronunciation to check and just mark 3 (this means there is a possibility of mistakes going unnoticed. I let native materials fix this)
3. While reading, if I know I am unsure of a pronunciation or word, I check the definition. If it was a careless “of course” moment, I still hit 3. If I was hazy I still hit 3. If I was wrong and it was a genuine mistake or I really don’t know it, I hit 1.
4. I still visually write out kanji. If I miss a stroke or so but for the most part got it, I mark it as 3. If a careless mistake causes me to miss the kanji (for example misread the keyword), and is an “of course!” moment, I mark 3.
5. If I get it wrong, when it comes up again in 10 minutes I mark it 3 regardless of whether I get it right or wrong the second time (pushing it off until at least tomorrow)
6. If I know a card well (it’s an obvious feel the further you go), I’ll mark it as 4.

Anki works better when it’s used faster. The more you use Anki, the quicker you use Anki, and ultimately the less you have to use it. Anki plays a bigger role in the beginning, but native material eventually dominates that role.

Said in a different way: Anki fades away.

Some people worry about percentages, graphs, stats, etc. The first time I ever saw one was several months ago when someone posted about me. Until then I had no idea about how my pace was or what I was doing. My recall rates started off as very low in the 70% range (I once found this feature in the beginning, and decided I would never look at it again), which apparently isn’t an “acceptable” rate. What am I now? Who knows (what you though I was going to check?) But it’s irrelevant to me on so many levels.

Anki is not a precision instrument. You aren’t performing a delicate operation. I was incredibly tough on Anki, changed tactics frequently, and didn’t care about doing things right. The worst thing you can do is overthink it. My goal was to always just move forward, keep the momentum, and let everything sort itself out. And it did. Anki is a tool. It isn’t you.

That’s my messy story about Anki. I wrote it like I use Anki. 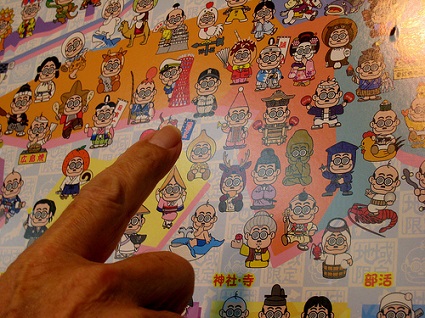 How would you Reroll your Japanese Character? 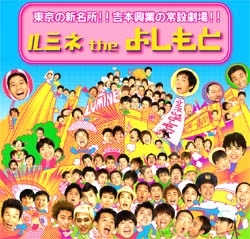