The Japanese conversation is a battleground for the Japanese learner.  It is a place to test out all the training and hard work you have put into your abilities.  You would like to shine and not fumble through every moment.  You never know what to expect, have very little time to react, and must improvise on the spot. In these brief moments your confidence will go through some heavy waves.  This is one of the most exciting parts of Japanese. You already have the experience and are aware that you will struggle through many of these battles due to your lack of understanding. This is something you have to accept.  This is not a problem.  However there is a new challenge you must face: Not Hearing.

Let’s first take a look at this issue from a conversation in your own native language.  The person you are talking to said something too low or too fast.  He mumbled.  He said something that doesn’t make sense because he said it wrong.  He spoke in confusing run on sentences.  He said something you didn’t quite catch the meaning of what he was trying to say.  Or just simply, you were distracted, weren’t paying attention at the moment, or were thinking of something else.

If this was your native language you’d react naturally by responding in any number of ways that would imply that you didn’t hear/get what the person just said.  The person then would most likely repeat it.  When you combine 2 imperfect people + an imperfect environment + human language together, this is a natural result.

Now let’s switch the conversation to Japanese.  This time your reply causes a different reaction.  Solely because of the fact that you are speaking a foreign language, the natural flow of conversation is disturbed.  This results in the misperception that you didn’t understand the Japanese you just heard. But in reality, it wasn’t that you didn’t understand the Japanese, it was that you encountered one of the common human conversational flaws.  This leads to two equally damaging reactions on your part:

1)  You think that it was a problem with your Japanese, slightly lowering your confidence and causing you doubt at your progress and level of understanding.

2)  You realized that it wasn’t your lack of Japanese but one of the above factors, so you try to get the person to repeat themselves as you would do in your own language.

Then the inevitable happens.  Since Japanese people often assume you didn’t understand the Japanese itself, they will either:

1)  Explain it in English (if they have the ability), or
2)  Try to explain it in a simpler way, dumbing down the language hoping you will understand the easier Japanese.

You don’t want this.  You want to fight this outcome as much as possible because nothing destroys a conversation more than this.  You have one tactic to employ.  You need to respond to something that you didn’t hear in as natural a way as possible.  Your response has to sound smooth and fluid, exactly like a native Japanese person would respond when they don’t hear something.  You must avoid mechanical textbook phrases that sound unnatural.  Stiff expressions will seal your fate.  I believe these are your best options (adjust depending on level of politeness required):

Please say that again.
7. もう一回言って (for some reason even though this phrase is natural, it sounds textbookish, so you may want to avoid).

You can preface any of the above with a ちょっと聞き取れなかった (I didn’t catch what you said).  Also I recommend using the ゆ pronunciation rather than the い pronunciation for 言 for 2-4, and 7.

The above are all great, but the number one way to respond in a natural way is with a simple: えっ？ (Huh/what?) This by itself has power.  You can also combine this with any of the above.

So now that you’ve responded in the smoothest way, with perfect intonation and best pronunciation possible, everything is okay?  Unfortunately, the Japanese person may still speak in English or dumb down the Japanese.  It happens, and you have no control over this.  With a little practice with the above, I say you have a 85% chance of success.  15% of the time you will just have to suck it up.

The only way to knock off that last 15% is to talk with people who know you well, and know it isn’t due to your lack of Japanese understanding.  And I suppose your other option is to just pay an overt amount of attention when you have a Japanese conversation and make sure you hear everything.  Then again, often this situation is out of your control . . .

Good luck with your conversation battles.  Fight on. 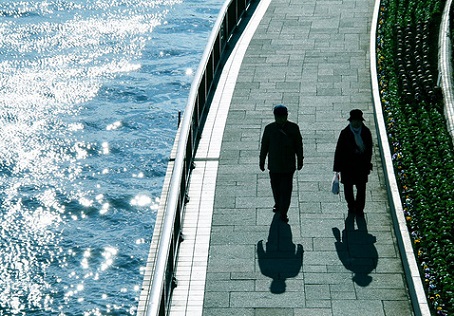 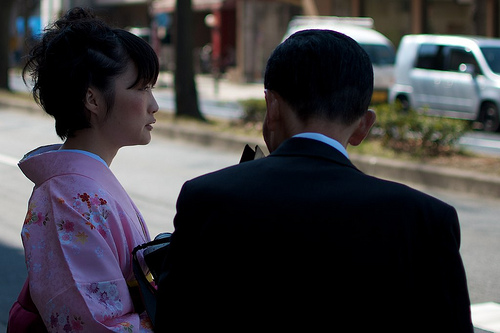