Remembering The Kanji (RTK): A beautiful masterpiece of a study method that has revolutionized the way Japanese learners progress through the unavoidable Kanji hurdle which you must face. One of the major elements of the JALUP method, and part of the beautiful trio of Anki and RTK/J-E/J-J. This is best place you can start your early leveling right from the beginning.

While beginners never question using it (ha! look at all the crazy mixed reviews on Amazon), intermediate levels often think they don’t need RTK, because well, they are intermediate, and it would be a waste of time to backtrack. They probably know a lot of kanji already, have gotten through a lot of J-E in some form of study or another, and may be up to J-J.

Alliance member Rachel M., who fits the above description, raised the question in a recent post. When seeing the success of beginners using RTK, she wondered whether she was missing something in her intermediate levels by not trying. As she says, “I never did RTK in the beginning, and now that I’m J-J, I really don’t want to go back to J-E to learn.”

So the question is posed!

Should a non-beginner (level 20+) go back and complete RTK?

Why am I giving such a strong answer?

Because this is exactly what I did.

Contrary to the way the JALUP method is set up in the walkthrough, I didn’t progress like that. I would like to say that everything I did from the beginning was perfect and I formed this great method through my ability to not make study method mistakes. But this would be silly. The reason why I’ve found what works, in what order, and in what quantity, is because I’ve been through everything over my Japanese study years. I’ve tried so many methods,  textbooks, native material, and learning resources, and I naturally refined everything down to what I wish I would’ve done.

This is why I often say:

Those of you who use the methods on this site will level up faster than I did.

You have your answer. But why is RTK good to go through even though you are a non-beginner?

I think I’ll leave the answer to the insightful discussion by some commenters:

Since you’re already advanced, you can do it in one or two months, so I don’t think it would be time wasted.

It might help to look at things from more of a birds-eye perspective. You’ll be spending decades in the future with Japanese; one or two months to effectively “solve the kanji problem” won’t be so bad in the long run.

You’ll probably find that the English stories fade into instant recognition/recall more quickly since you’d be starting the book at a higher level than the average user, who tend to be nearly total beginners.

I’ve been studying Japanese for a total of 5 years now (only the past two were at all efficient – using native material/anki – but I was decently beyond the beginner level) and the first time I read the RTK sample I thought I didn’t need it because I already knew a lot of kanji, and I had my own anki kanji system down. Fast forward a few months later and I hit a major speed bump in my learning. It shook my confidence enough for me to give RTK a try, and it has been the best thing I’ve done for my Japanese after using Anki.

I know how you feel – it does seem like backtracking in your Japanese with the J-E, but just continue with your immersion environment and keep adding J-J sentences as you do it and you’ll be fine; like others have said, it only takes a few months. Also you could play around with translating the keywords, and writing your hints/stories in Japanese. The thing that is so wonderful about Heisig is how he teaches you how to use imaginative memory, and how the kanji are arranged in a way that makes it very efficient for you to remember them. It is something I have not seen in kanji books written in Japanese, and I’ve browsed through/purchased several in my quest to avoid RTK before I caved and tried it.

Don’t waste any more time thinking about it. Trust me. Trust us. Just do it. You will breeze through it compared to beginners, and you will start to notice your Japanese improve in new ways that you didn’t think possible. 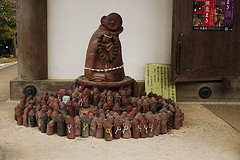 Can Too Much Kanji Be A Bad Thing?