I don’t get it. Japanese has a habit of making me say this more times than I can remember. Things go smoothly until they don’t. It’s easy until it’s hard.

When I first learned about the “give” and “receive” verbs (もらう, くれる, and あげる), I thought “how bad could they be?” Who knew that they would be a thorn in my side long after I learned them? I used to hate the unsure feeling of not quite “getting” how to use them properly. It took me a while to realize that it was all part of a cycle that I needed to accept if I was going to make my life less stressful.

The steps were always the same:

My step 6 used to be the wrong one (for me). I would do everything in my power to get unstuck. I’d ask for help, I’d use other resources, I’d rack my brain until I finally got clearance. I had to fully comprehend what was going on otherwise I just couldn’t move forward.

This was terrible for me, because while I usually got unstuck, it was only a (very short) matter of time before it happened again. Unending stress and frustration followed. It was when I finally realized my step 6 wasn’t working for me when my life changed. My new step 6 was simple:

Learning linearly, block by block was always assuring for me. Missing one block and continuing was unsettling. So learning to just move on was a skill that actually took time to develop. I had to remind myself over and over that while it was going to feel bad moving on without that missing piece, it would eventually be okay and I needed to just relax. That’s when I became aware of the loop.

What is easy will become hard. What is hard will become easy. It’s a natural circle and prematurely forcing the hard→easy part of the loop makes things worse. Remembering this has proven useful to me up till this day. Because there is always something new and hard waiting to become easy.

I still do legal translation occasionally and there is a troubling area which I find hard. I refer to it as the “run-on sentence paradise.” It’s where a Japanese sentence just goes on and on and on, with a ton of commas, only to eventually be ended when the writer got tired of writing more commas and decided to stick a period in there. I hate translating these because while I can understand that stream of Japanese thought, translating it into a coherent English sentence takes way more time and effort than I would like it to.

But rather than curse at the screen every time I see this Frankenstein’s monster unleashed upon me, I remind myself – you are in the loop and at the hard point. It will eventually cycle around to easy one day. 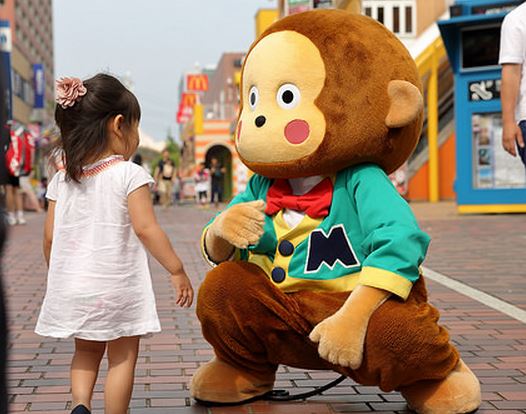