Kurosaki, whose family was destroyed by swindlers when he was child, grows up to become a professional con artist.  He battles against other swindlers returning what he wins to the victims.

3 young siblings’ parents were murdered when they snuck out to watch a meteor shower.  They vow revenge, and 14 years later, their plans finally begin to unfold. This sounds like a very serious drama, but it also has a lot of comedic elements, and is really fun to watch.

Young ace detective Unubore (nicknamed Mr. Conceit), thinks he is incredibly popular with the ladies, and has an unfortunate habit of proposing to every female criminal he tries to arrest.  “Marry me, or go to jail.” Probably the funniest J-drama I have ever seen.  An absolute must see.  You will want to watch this drama over and over again.

Ogiwara has taken and failed the Japanese bar exam 10 years in a row.  This does not stop her from her quest to become a true and honest lawyer.  Will her strange personality, obsession with Michael Jackson, and problematic relationships get in her way?

Former elite businessman Sakurai prepares a class for University entrance exams over an unforgettable summer. They will never forget his life lessons and every one of them will be changed by the end of the series.

Part-time job worker Morio Kita, with no direction in life, gets caught up in the obsession of viewing live trials.  What will watching these real life stories teach him?

Whenever beautiful young Meguru eats too much food, she sees everyone in the present as they will appear 20 years in the future.  How will this affect her life and her job as an English cram school teacher?

3 brothers and their mother living together with mixed romances, constant comedy situations they get themselves entangled in, and personality clashes. This is a very upbeat drama with a great soundtrack.

A traditional Japanese businessman is forced to quit his job and learn what it means to be an at-home dad, with husband and wife roles reversed.  His neighbor who is an at-home dad veteran will teach him the ways to success.

Ikebukuro West Gate Park is an area where gangs, murder, sex, and mystery are prevalent.  Makoto dives into this world with his new friends. One of the most classic and trendy dramas in J-drama history.  This is what originally turned me on to watching J-dramas. It’s a lot of fun to watch the younger version (1999) of a lot of big name actors now. It’s also a great look into Japanese youth culture of the late 90s, early 2000. 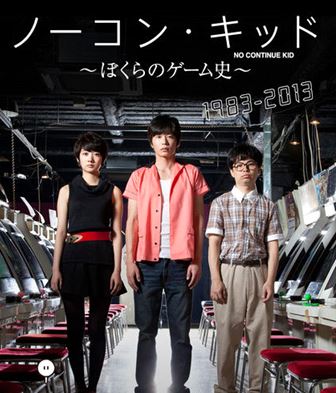