I once complained that there were not enough Japanese learner resources when I started studying in January 2005. Well I was wrong. I am quite interested by how people study Japanese past, present, and future. It shows how while some things change, others don’t, and there are some ideas and methods that really have stood the test of time. Towards the end of the 90s the Internet was still fairly new in its wide-spread nature. But there were already websites diving into the Japanese world. Here are some of the innovators of their time (in order from most recent to oldest) You probably have had your share of Japanese culture blogs. Well Dan’s was probably one of the first.

During a time when blogging was new, talking about Japan was new, this is a unique gem that shows the life and impressions of foreigners in Japan in 1999. Funny and worth a read to see how things were quite a bit different then. You probably have heard of Yes Japan (which in 1998 was referred to as “Trombley Tanaka International”), the popular Japanese lesson site. They are a special case.

Yes Japan has been reviewed on this site, and even I used to watch George Trombley’s fun language/culture videos back in 2005. As they claim on their home page, I would definitely consider his site the longest running Japanese learning website on the internet. While there are other older Japanese learner pages below, they are merely relics of the past. Yes Japan has continually grown and evolved into what it is today.

(*Note: I used the WayBack Archive to get the 11/1998 date, but I would guess it is actually older. If anyone knows it’s true debut date, feel free to add a comment about it) The concept of teaching Japanese through anime is old. Reiko-chan is probably the first website that attempted this. And she does it using YuYu Hakusho, Knights RayEarth and Ruroni Kenshin (Nice choices!)

Amazingly she has 10 weeks of lessons including sound clips that still work. A Japanese learner’s web portal with techniques, tips, strategies, and links to a lot of Japanese study resources.

You have to love the 90s web page feel. The only thing it’s missing is a web counter!

What if you want to learn Japanese through Star Trek? Shinichiro decided it was necessary and set up this early web page to complete this important task. 100 question quiz to figure out whether you are a Japanese Otaku.

In 1997, I didn’t yet know what anime was, let alone know what otaku meant. While the word dates back much further in Japan, who knew that it was already being used overseas in the 90s?

So it wasn’t so bad learning Japanese in the early days of the Internet?

No it was pretty bad. But it wasn’t hopeless. This is just a small sample. Know of any others to add to the list? 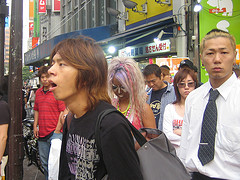 Participating in the Tadoku Reading Contest 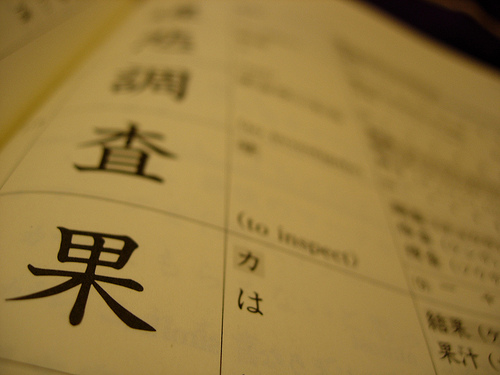