Imagine you were part of a comedic duo that struggled for a chance at the spotlight for over 12 years. You’ve put everything into trying to make it but just haven’t gotten your break yet. You can’t help but wonder whether all this work was for nothing. When are you going to win?  Then one day, after seeing the voice actor of your favorite anime Dragon Ball, you are suddenly inspired. You are going to mimic the voice of Goku, the hero of Dragon Ball… no you are going to impersonate the voice actress who does the voice of Goku…?! 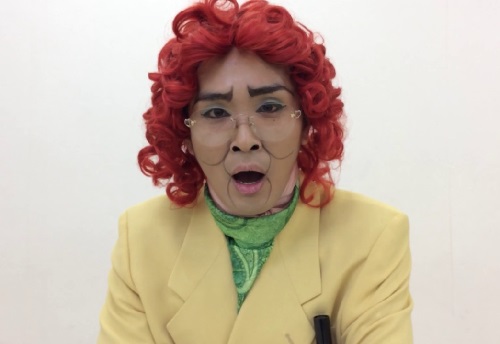 You can’t help but love a story like this. Who would have thought? Not him, I’m sure. It’s too strange to be true. Imagine you were studying Japanese for 12 years and then one day found something completely outrageous  that changed your life, and then in a year and half you finally became fluent.

To appreciate Identity Tajima, we need to  first start with 野沢雅子 (Nozawa Masako). She is the voice behind Goku of Dragon Ball, and one of the most recognized voices in Japan.  She’s a legend, voice acting for over 50 years, and at 80 years old can still scream kamehameha at the top of her lungs. If you can say that about your life, your legacy is set. 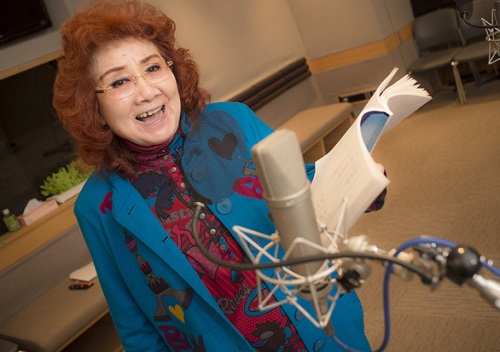 Did I mention that she also plays the voice of both of Goku’s children, and performs all 3 voices at the same time? Making the following scene ridiculous when you think about it.

In comes Identity Tajima. The first thing he set out to do was master the voice of Goku, and wow does he pull it off. Many fans of Dragon Ball say that if Nozawa Masako retires, Tajima should be the one to continue on the voice. I fully agree.

But this isn’t about just being great at mimicking an iconic voice. That might impress your friends or coworkers, but wouldn’t create a comedy career. Rather than mimic Goku, Tajima decided to impersonate Nozawa Masako, using the voice of Goku, as though this was the way Nozawa spent her daily life. This allows for the comedy, and it works by creating ridiculous real life situations.

Tajima started this act on a YouTube channel with his comedic partner 見浦  (Miura), and the 2 of them combined make up the group “Identity”. They started a fun back and forth of Miura and “Nozawa Masako.”

Tajima shows his wide range of talents on YouTube. Not only  does he voice Goku flawlessly, he also voices other characters like Goten and Trunks, can speed-draw Dragon Ball characters, and let’s not forget, is very funny. He’s not Goku, he’s Nozawa Masako remember!

The videos on the Identity channel are clever and fun, but where Tajima and Miura really shine are when they do sketch comedy (コント or 漫才) in front of an audience. The material is just so fresh and you can’t help but laugh at the crazy scenes they create.

To enjoy their humor, you have to know  a little about Dragon Ball. You don’t need to be a fan or anything, but you should be aware of the famous parts of the show. If you know what a kamehameha is, who Krillin is, what a dragon ball is, you should be fine. And if you are a fan of the show, you are in for a real treat.

I have no idea what will happen with this act, but I recommend checking it out now. Even if you have no interest, be inspired by their success story. Sometimes you just don’t know what will be your game changer.