What happened to Jalup? You might have noticed the decrease in posts. The decrease in updates on the app. Have I disappeared into the void? I figured it was about time to give some updates, and answer some of the most frequently asked questions I’ve gotten over the past year.

What happened to your posting frequency?

I have written 885 posts on Jalup over 10 years. And for a while now… I’ve really just kind of run out of things to say. If I had an idea involving Japanese, you’ll probably already find it here. Jalup is a complete method that was built over a decade.

There are always new topics to write about. I get suggestions all the time for specific things. But I’ve found that unless I’m inspired or passionate about writing something, it becomes a chore, and the quality declines. Rather than grind out content that my heart isn’t in, I stopped trying to follow a schedule. This leaves me free to write when I get inspired and have something important to say, without any pressure. Even if that is only once a month.

This leads me to the next important point.

I would truly love some guest posts

Jalup is about sharing cool new thoughts, methods and helping others along a similar journey. This is why the learner stories section on this site has been so useful to others. Posts from people who are currently deep within the trenches of Jalup are extremely powerful. Things have changed fast over the years. Resources, recommendations, new study patterns, and revised study methods. Even if I could write new posts daily, I wouldn’t be able to hit on these evolving insights as my study days are long over.

If you have something to say about learning Japanese, I would love to have you write a post here.

This can be as simple as your learner story or some recommendations. Or maybe how you’ve adjusted the method uniquely to match you. Or maybe an extreme challenge you are attempting. It doesn’t need to be a book either. 500 word articles can be a powerful thing.

Just send me an email with the topic you are interested in writing about, and if I like it we’ll move forward from there.

The Jalup app is still going strong. I know it is easy to get concerned when the last update was over 4 months ago.

This is mostly due to the fact that I’m satisfied with the current state of the app. Of course improvements could be made. Minor typos and bugs still linger. But overall it works like it should and nothing has compelled me to a “I need to fix this now.”

However! An exciting piece of news. There is a giant feature coming soon:

This has been a highly requested feature for a long time. I’ve pushed it off because there is so much that can go wrong with it.

It’s going to come in phases, since I want to make sure each use of it is solid before moving to the next. The first phase is .csv import only. In your backup sheet you will be able to add a whole batch of custom created cards. And for those who are wondering… yes, it is set up so you can easily move Jalup Champion and Jalup Maximum into the Jalup app from Anki. Speaking of which…

Where are Jalup Master and Champion?

A long time ago I tried to get a fundraiser to help get these done. But there wasn’t enough support. Why not just do them anyway? It’s been over a year since I added in Jalup Hero. But I hate, hate, hated the card linking, which I’ve made clear on numerous occasions. Even if there was strong incentive to continue, it was still terrible, mind-numbing data entry. So I stopped coding these cards a long time ago.

However, there is still the possibility of adding in the cards to the app without the coding and without audio. Or I might not at all, and just might leave it up to you to import your own cards.

I haven’t decided yet. But either way, the custom cards are a big step forward.

I’ve mentioned this great new feature for iOS. But what about Android? As of right now I don’t know when/if this will be added. This doesn’t mean I will stop support for Android. I know all of the people that use it. I will keep it up to date, running smoothly, and crush bugs that arise.

But at the heart of it, I’m an iOS engineer that made an Android app. I’d say there is more of a chance that I add in the 2 decks to Android (without links and audio), as this requires a much lower time commitment than having to develop the custom card feature for Android. If I do this, I’ll add decks to both iOS and Android.

I get a ton of questions about Anki and Jalup app purchases, packaging, prices, etc. I try to answer them as fast as I can, but I only answer them by direct e-mail (not in the comments section, not on Discord). Please keep this in mind.

That’s all for now. I hope everyone is finding a way to stay positive and continue learning Japanese even during these difficult times. 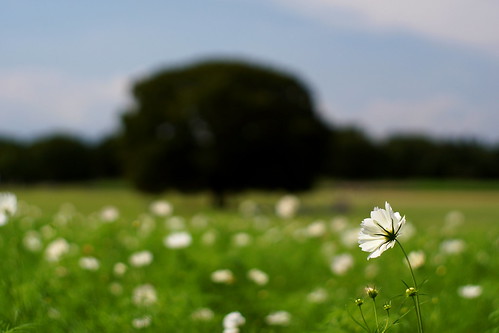