Need an extra boost of motivation? TEDx Talks, the famous inspirational and thought-provoking talks series that tries to change the way the world thinks, has made its way to Japan. While the topics have nothing to do directly with language learning, they discuss goal-setting, achieving your dreams, and discovering how to find what you want. All applicable to your language journey. Want some Japanese speakers to inspire you?  Here is an introduction to 5 great TEDx Japan talks.

Creating a successful small company is hard. Creating a successful small company that independently develops rockets to send satellites into space is harder. Uematsu-san had a dream from a young age of building airplanes and rockets. Everyone told him to stop dreaming, and to just study like everyone else. He wasn’t smart, he didn’t have money, and his teachers discouraged him.

Can you only dream what you think you might be able to do? Or should you go beyond that? As he tried to break out of the standard Japanese school mold, people looked down upon and avoided him.

He was told this all along by people that had never tried. Uematsu-san realized the problem this phrase produced, and decided it needs to never be uttered again. You have to try what you’ve never tried before. It’s the only way to move forward.

4. The Power of Connections – Akiko Naka

Naka-san discusses the difficulties of finding a job you love and pouring everything into what you want to do. At 24, she had an elite job at Goldman’s Sachs in Japan. However, she gave it up to pursue her own dreams of what she believed in.

No one starts out passionate about something. They go through one option at a time, until they find out what they want to do. She went from trying manga writing, to starting a manga fan site, to becoming a beginning member of Facebook Japan, to eventually starting her own successful online business. Do what’s right in front of you.

Takahashi-san works at a toy development company. He takes you through his thought process on how to create new toys that you’ve never seen before. He was frequently questioned by his supervisors whether there was data to show if his new toy ideas would work. His search for data resulted in nothing but failure. Instead he decided to play Shiritori. This lead to new freedom in his ideas, combining one word to the next, and resulting in never before thought of toys.

2. Reasons for Religion – a Quest for Inner Peace (Daiko Matsuyama)

Matsuyama-san was born and raised in a Buddhist temple, attended catholic school growing up, and discovered the way religion plays a confusing but important role in Japan. Japanese people celebrate holidays of all different religions unrelated to their own. He compares it to Japanese food (和食) and how there is no main dish. Every dish has it’s own important place. This is religion. The key is rather than “believe something,” “respect what others believe.”

1. The Asset of Time – Hidetaka Nagaoka

How should you use your limited time? Nagaoka-san deals with people all the time who say they want to achieve their dream, but just keep repeating that same line, never actually doing it. When they fail, they say it’s because they are too different from the people that could succeed. They provide a long list of excuses: lack of money, experience, connections, and time. Nagaoka-san then takes an in-depth look at everything you have to do during the day, and all the time you have left to accomplish what you want to do. 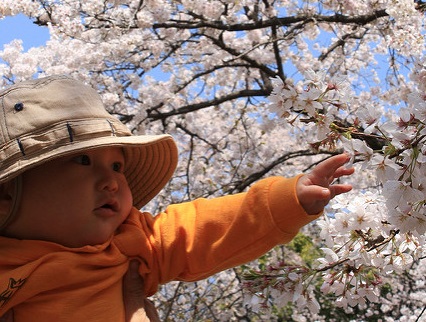