The last time I wrote about finding manga online, I mentioned online 4-panel comics and manga samples. This time around, I’ve learned that there’s just as much variety when it comes to free manga online as there is published manga.

Welcome to Manga Got a Chance (マンガごっちゃ).

A website for amateur and professional manga artists to upload their works for manga fans to read. Not only is it available through PC, but there is also the option to read on your iOS device or Android. At first glance, the website may be a bit intimidating with the amount of choices, but this is a good thing since there’s a chance you’ll find something you like.

One way to find a manga to read is to use the top navigation bar.

You can find the list of genres under 連載マンガ(Serial Manga) and 読み切りマンガ(One Shot Manga). Here are the lists translated:

After choosing a genre, scan through the selection of manga and click on the title of the manga you’d like to read. You’ll see this button when arriving to the manga’s page:

If you’re new to the manga, do not click this button, because it’ll lead you to the most recent chapter. Instead, press ctrl+find and search “この作品のバックナンバーを読む”. This will bring you to the archived chapters of the manga (バックナンバー). The majority of manga will have all chapters available for free. The only exception is with some professional series, such as 琴浦さん, which has not only been published, but also has been turned into an anime.

My favorite manga from this site is 喫茶部へようこそ (Welcome to Our Cafe Club), which is about a girl seemingly bad at everything who is invited to join a secret cafe club most students don’t know about. What I like most about this manga is that while this girl is the protagonist, the manga features an ensemble cast, so the manga goes in depth about the lives of the other characters, not just her life.

I was surprised by the quality of the manga, despite it being available for free online. Which goes to show, not being published through a publisher doesn’t mean the manga isn’t any good. Manga artists with independent manga have control over their own manga, which means they don’t have to listen to an editor telling them to cut out characters they like or take the story in a different direction.

One thing that I learned through getting into 喫茶部へようこそ is that you might want to also check out the artist’s website, which you’ll find next to 著者サイト (Author Site). While Manga Got a Chance only has up to chapter 60 of 喫茶部へようこそ published, the manga artist has uploaded up to 69 chapters on her own website. She uploads them on her own website before releasing them to Manga Got a Chance. She also has bonus content such as side stories, illustrations and 4-panel comics on her website.

The majority of the manga on Manga Got a Chance are not supported with furigana, which can be challenging for beginner and intermediate learners. If you’re a lower level looking to start out with a manga on this website, I recommend one of the manga by 若林稔弥. You can find all her manga on her website here. They are all one shots. I really liked 遠くから君を見てる.

Lastly, if you really like the manga you’re reading, considering sending a tweet to the artist. The manga artist’s twitter feed is also found on the manga page. Here’s the tweet I sent my favorite manga artist: Have you gotten into an online independent manga? Do you know of any other websites like Manga Got a Chance? Share with us! 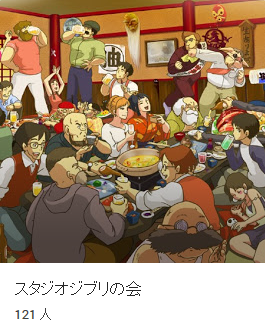 Japanese Google Plus Communities And Feeds 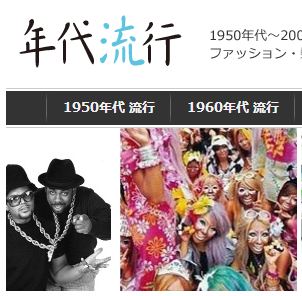