Looking for a great Japanese YouTube channel that has become extremely popular in Japan recently, and will entertain and amuse you to no end? 東海オンエア is a talented group of guys that have been friends since high school. They mostly investigate  strange things you’ve never thought about, compete with each other in ridiculous self-made challenges,  and try not to prank each other too much.

While they have a casual style of videos with topics that are a bit crazy, you can’t help but be pulled into their serious approach to whatever they are attempting. You’ll learn something. Okay, maybe you won’t. But they’ll show you things you’ll never forget. It brings back a style of comedy and fun that you don’t see much on Japanese TV anymore, not holding back any punches, and no overly-scripted scenarios.

They have some crude humor mixed in as well, and you probably don’t want your kids watching (which they will be since they are so awesome). But they had such a quick rise to fame that in 2017 they were named sightseeing ambassadors for their home city of Okazaki and were ranked number 1 in the Tokai area in Japan on the YouTube charts.

You have to see them to really appreciate what they are all about. Here are some of my favorites:

4. Who can Create the “Best” Amateur TV Commercial?

3. Creating our own Unique Board Game

2.  Dropping your Food – How far Can you Take the 3-Second Rule

1. Can an Amateur Create Dance Moves for Keyakizaka46 and Nobody Would Notice?

If you already have been following their channel, any other videos you recommend? If this is your first wild experience with them, which is your favorite of the above? 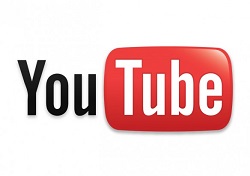 5 YouTubers you Should be Learning Japanese with