Salyu
J-Pop singers are a dime a dozen these days, and it can be hard to find a good one amongst all the dozens of cookie-cutter kiddos that pop up every year. But Salyu really sets herself apart with some really good production and one of the best voices I’ve ever heard. She has a huge vocal range and really uses it well in her songs. Her music sounds really fresh and clean compared to the typical trappings of most modern J-Pop and it fits her really well. Her side projects are also fantastic, and if you don’t mind something a little less poppy and a little more experimental, you should definitely check out her collaboration with Cornelius in s(o)un(d)beams which is one of my favorite albums ever. Perfume
Perfume is a super cutesy electro-technopop trio. Perfume is spearheaded by famed producer Nakata Yasutaka whose other claims to fame include electro group CAPSULE and sugary-sweet pop-fashion idol きゃりーぱみゅぱみゅ. Nakata’s tunes, which range anywhere from bubblegum pop to dancefloor hits, really work well with the three-girl vocals. The fun part about Perfume is that their music is always just brushing up against what the mainstream can handle instead of rehashing the same formulas again and again. And besides all that, their songs are catchy as hell. 椎名林檎 (Shiina Ringo)
椎名林檎 is the maker of some of the craziest, experimental-heavy pop music anywhere. If you like pushing pop music to its absolute limits as much as I do, you’ll love her. Describing her music is a pretty difficult task because it ranges from silly pop songs to loud, abrasive rock hits, all with a full backup band and occasionally a full section of strings, a saxaphone and a jazz vibe or an electro beat. She’s definitely one of the most innovative artists and everything she puts out always manages to be unique. One of the most unique aspects about her is her high, screechy voice which is very different from the typical J-pop singer. Give her a shot. 相対性理論 (Soutaisei Riron)
相対性理論 is the best indie-pop-rock-whatever band ever. It’s a sort of mish-mash between some great pop songwriting and catchy sing-a-long choruses and some fine guitar playing. The whole band is a winner but what really makes it for me is the やくしまるえつこ and her vocals. I have a soft spot in my heart for cutesy, breathy vocals. The music is upbeat and energetic but still manages to sound reserved, too. It’s good. クラムボン (Clammbon)
I’ll be honest. I love クラムボン. These guys are crazy. One minute they’ll be playing a sweeping, piano-driven epic, the next a crazy pop anthem, and then they’ll stick in a slow, acoustic ballad or a beautiful, ambient soundscape or a thirteen-minute song just for the heck of it. They’re not afraid to try anything. I’ve heard them described as a pop-jam-art-rock band, and that’s probably the best description for them. I think they have just enough of the pop sound and enough experimentation to be able to appeal to anyone. Shugo Tokumaru
Shugo Tokumaru is so much fun. It’s hard to describe his music but it’s something along the lines of indie-folk-experimental-pop. But that’s not a very good description. His music is probably best described by emotion because his music is some of happiest I’ve ever heard. I think it’s absolutely impossible for him to make anything short of delightful and triumphant. One thing that makes him really unique is the variety of sounds he uses. His albums are built out of jangly acoustic guitars, glockenspiels, bells and bongos, plunky pianos, a rubber duck thrown in here and there and just about anything else you can imagine. It sounds pretty crazy but he manages to bring it together and create something beautiful. Supercell
Supercell is probably the closest sound to mainstream pop America and Japan I’ll get on this list. The “band” is actually made up of one guy, Ryo, who does all of the composition, production and lyric-writing and ten other members who do the illustrations and design. Yup. Don’t worry, because Ryo isn’t just a songwriter, he’s a really good songwriter. The instrumentation is made up of your standard rock setup and a few other strings and synths here and there. Ryo got famous for using everyone’s favorite vocaloid 初音ミク as vocalist for his debut album but swapped her out for やなぎなぎ for his second album. Pizzicato Five
Pizzicato Five are the pioneers of the shibuya-kei movement. For the unsavvy, shibuya-kei is basically what you get when you stick some pop music from the 60’s, a blend of jazz and bossa nova and some good old Japanese style in a blender. It’s pretty stylish. A lot of their music is best categorized as lounge music, which, incidentally, is best enjoyed while lounging around, but they have a lot of classy, swinging J-Pop hits as well. If you’re looking for the epitome of slick, cool Japanese music these guys are it. 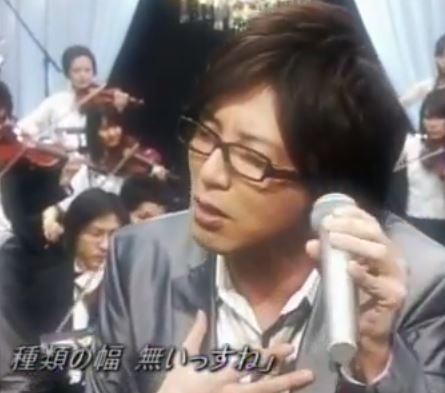 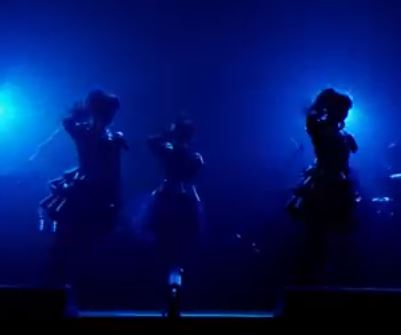