Language jealousy: the feeling that bubbles up inside when you see someone with Japanese (significantly) better than yours, despite having studied (significantly) less. You worked your ass off. You put in the time. You used the best tools, the best methods, and did everything in your power to reach mastery.

So why aren’t you there yet, when others are? Why is this person’s accent, sentence construction, and flow significantly greater than yours? This experience is crushing. With the amount of effort that learning Japanese requires, seeing others greater than you who put in the same time as you, or less, can make you feel completely inferior. You’ve been studying hard for 5 years, and someone with 1 or 2 years does it better. I’m not talking about record-smashing here, where the person you are comparing yourself against is doing incredible things with their time. I’m talking about someone who you’ve worked just as hard as.

People react to this in the following ways:

That person has speaking prowess, but he probably can’t do anything else.

Speaking is the major way people judge someone’s ability. What someone writes can also be judged, but since this can be edited heavily (using online sources or a native), it doesn’t always reflect reality. So when you are jealous of someone’s speaking, the easiest thing to imagine is that they just poured all their time into that one skill, at the cost of other skills. You are probably better than them everywhere else except for speaking.

That person did it because he had more free time. He didn’t have a spouse or children. He had money, so he could buy more materials or hire a tutor. He had the ability to travel or live in Japan. He had a Japanese relative.

You search for anything that gave him an edge up on you, that allowed him to accomplished more than you could in the same time.

1 and 2 are justifying to yourself why someone is better than you when you think the opposite should be true. It is maintaining your ego. When things take a turn for the worse, and you give fully into your jealousy, you start down the “life is unfair” path. You can’t do it. They were able to. Why? Whyyyyyyyyyyy? Finally you end up attacking yourself. Learning a language is a talent. You don’t have that talent. You can’t just put in the time. You lose. Too bad. This experience is hell. Depending on how mentally strong you are, your confidence suffers or you may even want to give up. You know you aren’t supposed to compare yourself to others, but when it is right in front of you, you will.

The language jealousy spiral results in nothing positive. It will destroy you. If you are doing everything in your power and situation to learn Japanese, you do not worry about others around you, no matter how good they are or how quickly they got there. This sounds good in theory, until you realize that it can be impossible to ignore someone’s Japanese ability when they are talking right in front of you (or on your computer screen). Even if you tried to avoid it, eventually the situation will surface. The solution to get out of this situation is rather than be jealous of the person, make them your internal rival. They are stronger than you. They did things better than you. Now it’s your job to use them to inspire you to work harder. A good rival is someone who allows you to grow, not wallow in pity.

The feeling fades but doesn’t disappear Over the 12 years of my journey, I have experienced language jealousy multiple times. I had always prided myself on doing things faster, more efficiently, and putting in more time than anyone else. I felt confident in my abilities, but it wavered when I saw someone who did it faster.

The better you get, the less people there are out there that are better than you, which means less jealousy. However, someone better will always appear, no matter how good you get. Someone has studied 8 years vs. my 12, and they have surpassed me. Seeing others better than you when you are already great shines a light on your weaknesses. And I’m not immune to unconsciously making excuses. It’s because they live in Japan. It’s because they started at an earlier age than I did. It’s because they work at a Japanese company.

Any time a thought of jealousy comes into my head even today, I decided to make that person my (phantom) rival. I focus on the positive. A new challenger just entered the ring. Fighting them will make me grow stronger, not weaker. Because they have appeared, I get the chance to gain more power. 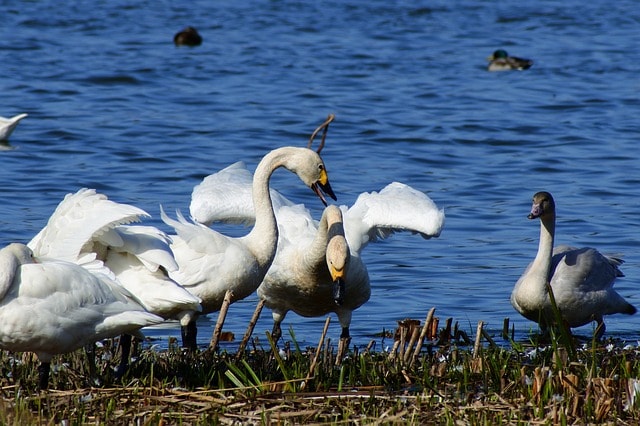 Why it’s so Hard to Decide How to Study Japanese

Be Careful of Trying too Many New Tools and Methods