The concept behind this site is pretty straightforward by now. Treat learning Japanese as a game, where you are the hero. For a long time I thought about what would happen if you could take it a step further. A fully immersive and exciting game that by playing it you will learn Japanese. This seemed like the next logical phase, as why treat something as a game when you can just play the game? However I’ve finally come to the conclusion that it’s not the game, but the game elements, applied to your actual life, that hold the real power. There is no more realistic and important game than life, and you already have all (most?) of the hardware/software ready.

What’s wrong with an actual game though? This must be the future?

It comes down to 3 things:

1. You can’t get around the hard work required

You still have to learn the Japanese. Even if you made Japanese the ability of the main character, that you develop and refine throughout the game-play, you still have to work at studying and remembering everything. You are still trying to turn education into entertainment.

2. It won’t be tailored to you

1000 learners learn and have the motivation to study Japanese in 1000 different ways. Learning Japanese is extremely personal. Sure, general things most people like can be added, but there will never be something that is suited for you more than the game you create.

If you aren’t convinced yet, it really comes down to the following:

3. You aren’t studying Japanese to play a game about studying.

You are studying because you want to enjoy X. The game will never be a substitute for X. The best way to learn Japanese for you will be to eventually use X.

So if you love anime, you want to get to anime as fast as possible, and reach a point where that can be your primary “studying.” A game gets you through the basics slower

There is a race to immersion, and getting your way to what you enjoy as soon as possible before you burn out. Efficiency is your goal. It’ll be hard work, but the sooner you blast through that work, the closer you get to a more enjoyable path.

A Japanese game would have to sacrifice that efficiency for entertainment, and probably to an extensive amount. In order to make a game fun and absorb the players, there would have to be a lot of “non-study time” to make it work, slowing down your ability to get to what you actually want to do.

There is still a load of value

A Japanese study game can still act as a great study tool and motivator to boost you in the beginning stages. There are already games that do this like “Slime Forest Adventure” and games in the future coming out like “Koe” that can be just what you are looking for in order to push you towards your goals. I’m not saying at all that they aren’t great tools. So go ahead and enjoy using them if that’s what you like.

However, they pale in comparison to your game. 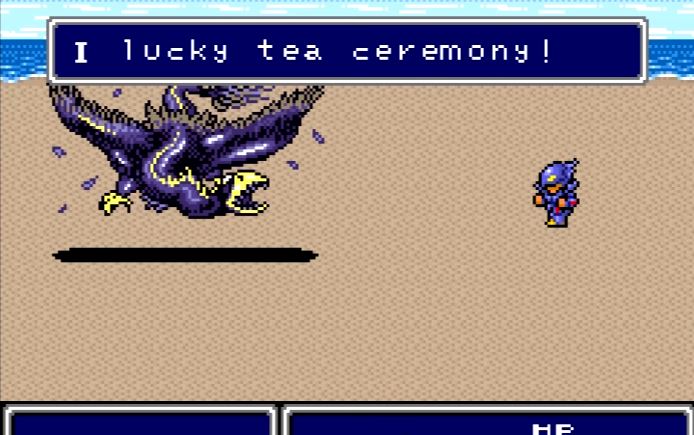 Should you Convince Other People to Study Japanese?