Most people use textbooks, whether you like them or not. There is good and bad in all of them. While some may be more enjoyable than others, there is never really what I would call “excitement” found within. The pictures and situations are all fairly similar and uninspired, and even my favorite Genki books don’t paint the picture of action. It always looks like the following: It’s tame. It’s family friendly. Reading it too much may sterilize you.

There are some textbooks out there that do a bit more with the visuals and story. Then there are even the “manga themed” textbooks like Japanese in Mangaland, and Japanese the Manga way.

But what I want to know is why can’t we get something that has the pull, attractiveness and resulting addiction of an RPG.

2 years ago, Bandai made an awkward attempt to do this in Japan. Kids love RPGs. Kids hate textbooks. Turn a textbook into an RPG, and you have solved the world’s problems.

It looked like the following and made some minor swimming pool shallow end splashes in the news. For the most part it seems to have faded away. No big publicity on it. I’m assuming it was a failure.

I think the issue is that it has that “edutainment” feel that doesn’t quite work. The RPG looks boring.

Is the situation hopeless?

It is just a Japanese student doodling in his boring English textbook, trying to spice up the dialogue setting. And here is the result: I love this. I laughed. And I thought wow, if the whole textbook was filled with humorous RPG stuff, couldn’t it work?

I think so. Would you buy a textbook like this? 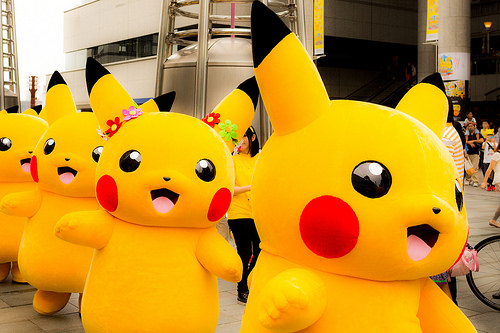 Can You Learn Japanese From Anime? 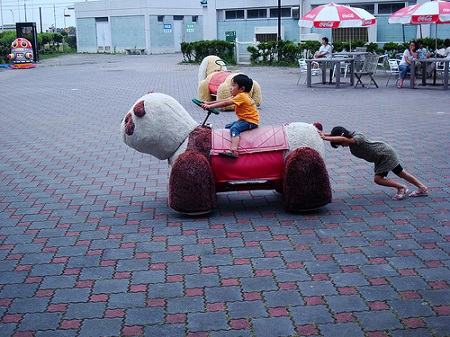 Is Fluency Worth the Massive Investment of Time?