If there is one thing Japan loves more than food, it’s watching other people on TV showing their love of food. Because of this, the “gourmet report” was born, and can take up anywhere between 20%-100% of a typical variety show episode. This is a major predicament to some people: you want to watch variety shows, but can’t stand the sight of a gourmet report. Is the situation hopeless?

What is a Japanese gourmet report?

If you haven’t yet seen a variety show yet, a gourmet report is simple. The hosts or guests of a show have a meal on  stage or locally at a restaurant, and they provide a report on the meal. This can range anywhere from a few minutes to an entire show.

The typical features of a gourmet report are: 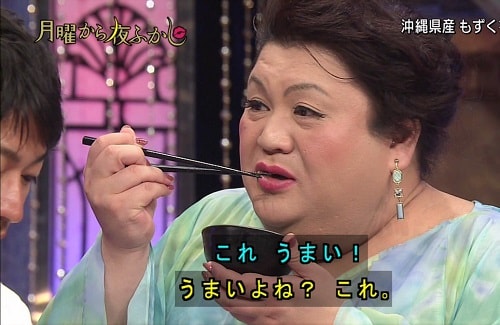 There are a lot of reasons to dislike gourmet reports.

There are a lot of reasons to like gourmet reports.

Gourmet reports are not equal 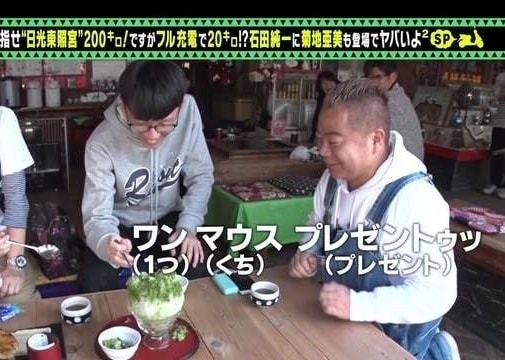 Gourmet reports are a cheap way to create TV content. But that doesn’t change the difficulty of skillfully doing one. It requires ability. I did a few gourmet reports on my short stint on a variety show and they were a pain. It’s not a fun meal. The explanation talk is annoying when you just want to say うまい.  Being convincing is a challenge.

There are entertainers who insert humor, fun, explanation, and engage the viewer all while eating. The gourmet reports on the show 月曜から夜ふかし are top notch. The two hosts know what they’re doing.  I also know a lot of people who enjoy the gourmet report J-drama 孤独のグルメ, where the main character eats first and has a story later. It manages to absorb the viewer into the eating experience as though he were there at the restaurant.

You can just skip them

There are plenty of variety shows without eating of any kind. Watch them first. Then when you come across a variety show that you like but includes around 30% eating, the solution is simple: just skip the eating segment of the show and watch the rest. There is no rule that you have to watch an entire variety show episode. The whole point of a variety show setup is to easily be able to skip through it to watch things you like. Do this, and feel no guilt.

The most important thing is that gourmet reports don’t make you take a stance like “I hate variety shows and they are all terrible.” You are allowed to hate a lot of TV in general and this is normal. But throwing it all away isn’t going to help you.

Are you a fan? What are some of your favorite shows that do them really well? Or do you dislike them, but found a way to still enjoy variety shows despite their existence?

One of my favorite gourmet reports ever was the New York special of モヤモヤさまぁ～ず2 where they encountered ultra sweet cupcakes. 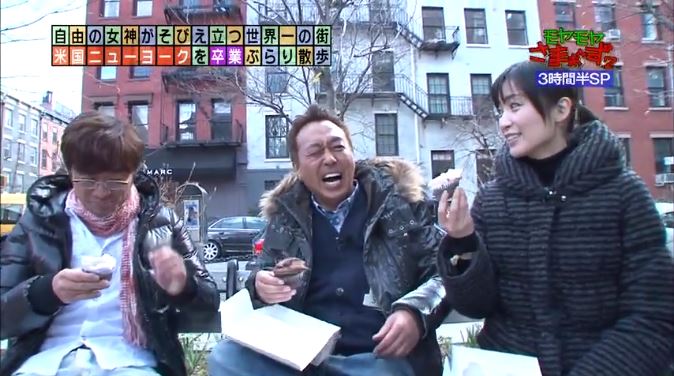